although, in all fairness, this is what was intended. END_OF_DOCUMENT_TOKEN_TO_BE_REPLACED

Sometimes I just don’t feel like writing, especially when I see that someone else has done a much better job at it, in a more succinct way, with fun graphics and sound.

Welcome back, it’s a brand new year, but as usual when it comes to religion, everything old becomes new again. Religion is a meme, and as such without any conscious thought or intention, it continues to work feverishly to maintain its existence.

END_OF_DOCUMENT_TOKEN_TO_BE_REPLACED

Actually, a better way of stating that would be that eventually there will be no religion. When that happens, while technically we’ll all be atheists, we won’t need to differentiate between theist and atheist, so there will be no Atheism either. Here’s why:

END_OF_DOCUMENT_TOKEN_TO_BE_REPLACED

I haven’t written any posts in awhile, partly because I have been having a long debate with someone on another blog post, in the comments, about the conflict between Religion and Science, which has gravitated, as usual, to the existence of god. This is as it should be. It is where atheist/theist debates should properly end up. One can talk about the merits of religion, or the

efficacy of religious belief, or the overwhelming preponderance of theists in the world, but ultimately none of it means anything in the debate until you’ve resolved the TRUTH of religion – i.e. does god exist. If he does, then there should be significant consensus, if not universal and unanimous acceptance, of that one truth. It should be obvious. The fact that there isn’t even something close to human consensus gives the lie to the proposition.

END_OF_DOCUMENT_TOKEN_TO_BE_REPLACED

When I was younger, and more limber (in my dreams) I’ve been at parties where, after enough alcohol had been imbibed, they bring out the limbo stick and start playing The Limbo song. If you don’t know what I’m talking about, Google it, but I suspect most of you do. In the song the singer at some point sings “How low can you go”, in an effort to get people to contort their bodies in ways the human spine was not meant to be contorted.

END_OF_DOCUMENT_TOKEN_TO_BE_REPLACED

I saw this on Pharyngula, and thought that certain troll-like commenters here might find it enlightening. It fits in nicely with discussion we were having in some of the past posts about ignoring evidence, the Bible, and all the other willful ignorance they like to espouse.

Danger, Will Robinson! Danger! It will shake your religious preconceptions, but only if you have an open mind.

Ten to one they won’t watch it beyond the first minute. 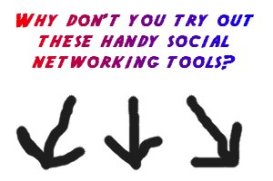 I don’t know about you, but my idea of heaven is somewhat vague. I think that’s intentional on the part of the powers-that-be, those who encouraged my juvenile and adolescent belief in heaven, but that doesn’t clarify for me exactly what heaven is, where it is, or what it will be like if and when I get there. So I checked around.

END_OF_DOCUMENT_TOKEN_TO_BE_REPLACED

H/T The Calamities of Nature.

Our Secretary of State, on behalf of her employer, has rejected the notion that religion can be defamed. That’s the official United States position before the world. A resolution condemning religious defamation has been proposed before the United Nations General Assembly. Amazingly, this proposal actually was endorsed by the U.N. Human Rights Council, by a vote of 20-17 (with 8 abstaining and 2 absent). One wonders what kind of minds operate behind that particular council.