We recently celebrated the 38th anniversary of the Roe v. Wade 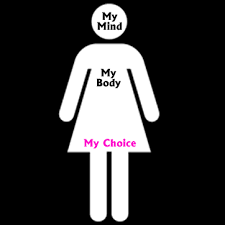 decision that helped free American women, to a certain extent, from the servitude of child-bearing. I just discovered that Denmark also legalized abortion the same year.

A recent Danish study of women who both gave birth or had an abortion between 1995 and 2007 has concluded that contrary to one of the myths propagated by the anti-abortion crowd, women who abort have less mental health issues after the procedure than women who actually give birth.

The research by Danish scientists further debunks the notion that terminating a pregnancy can trigger mental illness and shows postpartum depression to be much more of a factor.

I’m going to go out on a limb here (due to the fact that the dangling participle between my legs disqualifies me generally from pontificating) and say that intuitively, this makes perfect sense.

I think most people would agree that the maternal instinct is strong, and that a woman who knows she is carrying a child does not abort the pregnancy lightly, or impulsively. There are probably multiple considerations that go through her mind when confronted with something so potentially life altering as having a child. She has to take into consideration the father, her own family,  her cultural antecedents, and a host of other influences that may or may not influence her decision in varying proportions.  Many women choose to have the child, despite the stress and negative consequences an unplanned pregnancy will impose on her. Others simply know that bringing a child into the world is not a good thing. But those who do choose to abort, do so after a long and thoughtful process. It’s a mental process, one with great life changing potential, so the stress of the process alone is daunting.

Once the decision is made, it must by its very nature lift a considerable burden from the shoulders of the pregnant woman. Once the fetus is gone, she’s free to continue her life as she had been living it prior to the unplanned pregnancy (and with abortion, we’re never really talking about planned pregnancies, now are we?). She no longer has the stress of raising a child, often times without the benefit of the assistance or even the income of the father.

More importantly, her body doesn’t go through the physical and hormonal changes and stress that pregnancy creates. It’s long been known that postpartum depression is a natural, recurrent and common side-effect of birth. It affects different women differently, and many women don’t handle it well, oftentimes suffering residual effects long after the child has grown.

So, it makes sense that a woman who has made a life-affirming decision for herself would suffer less residual mental health problems than one who chooses to take on the burden, noble as it is, of bearing and raising a child.